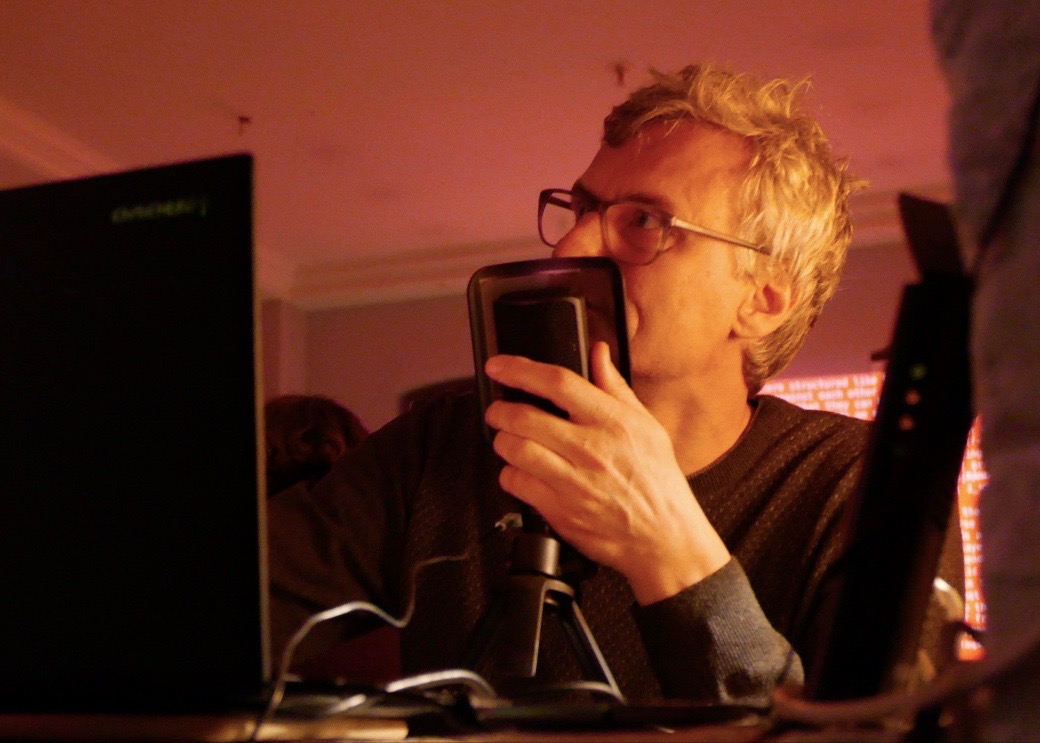 The performance “how-to-do-speech-with-taqsim” adresses the current power relations of speech positions, which we are experiencing recently worldwide in the polarization of communities, prejudices, origin, ideologies and ethics. “taqsim” as a form of musical improvisation, that usually precedes the performance of a traditional Arabic, Greek, Middle Eastern, or Turkish musical composition. The artist will therefore perform a software code, which consists of parts of a text concerning the topic of how to speak (in a political sense) in digital networked enviroments. During the performance, the artist will stretch, loop and distort text fragments and passages from a popular Turkish music piece. Within the performance the audience will also be invited to become part of a mediated ephemeral space, a sort of becoming a collective voice through their Smartphones. 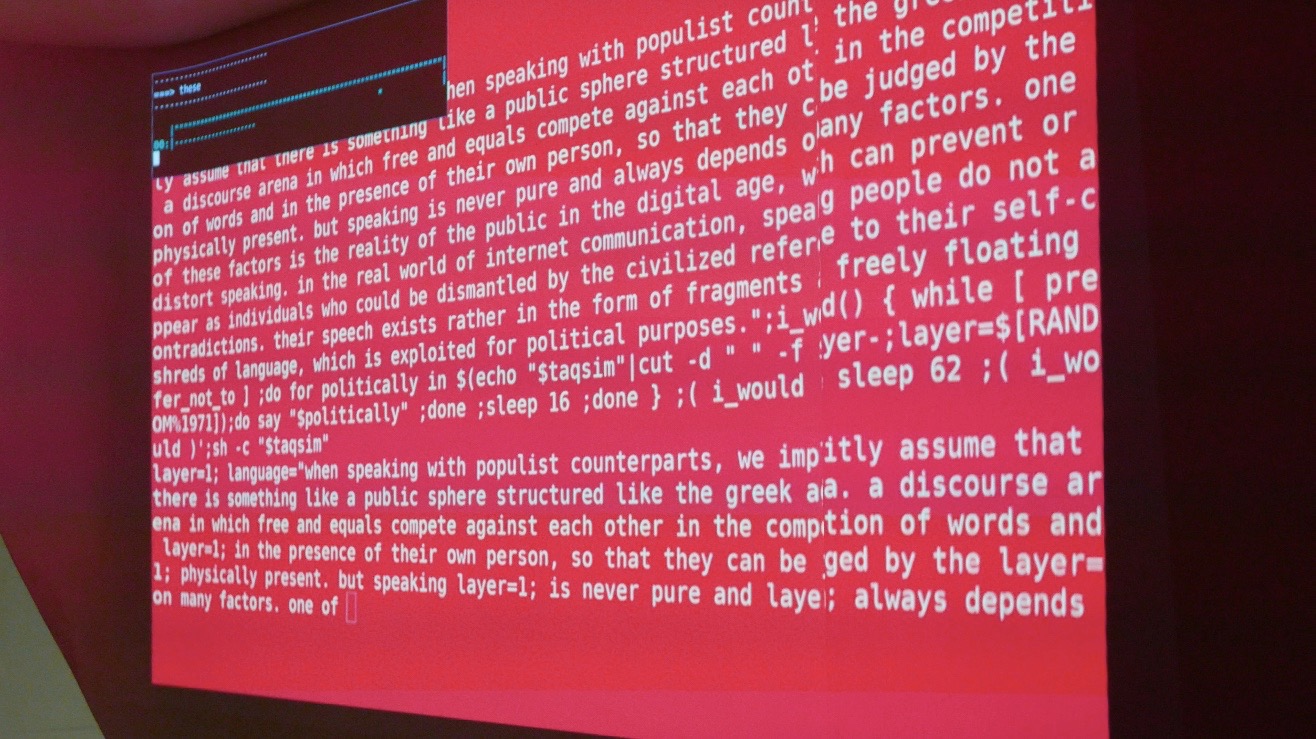 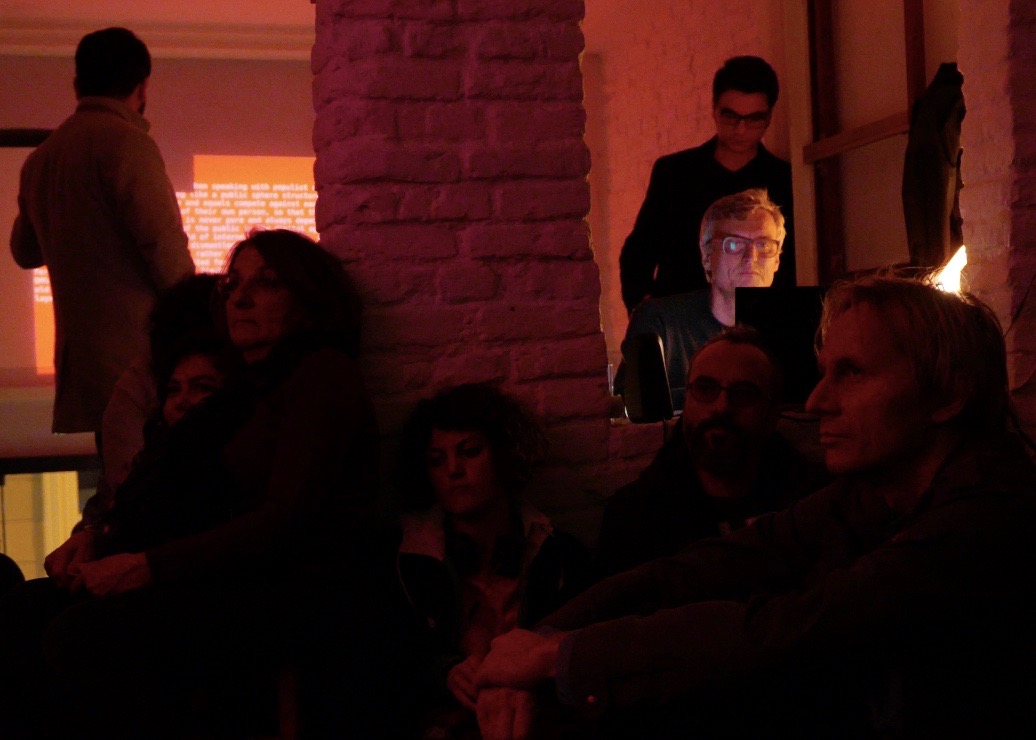 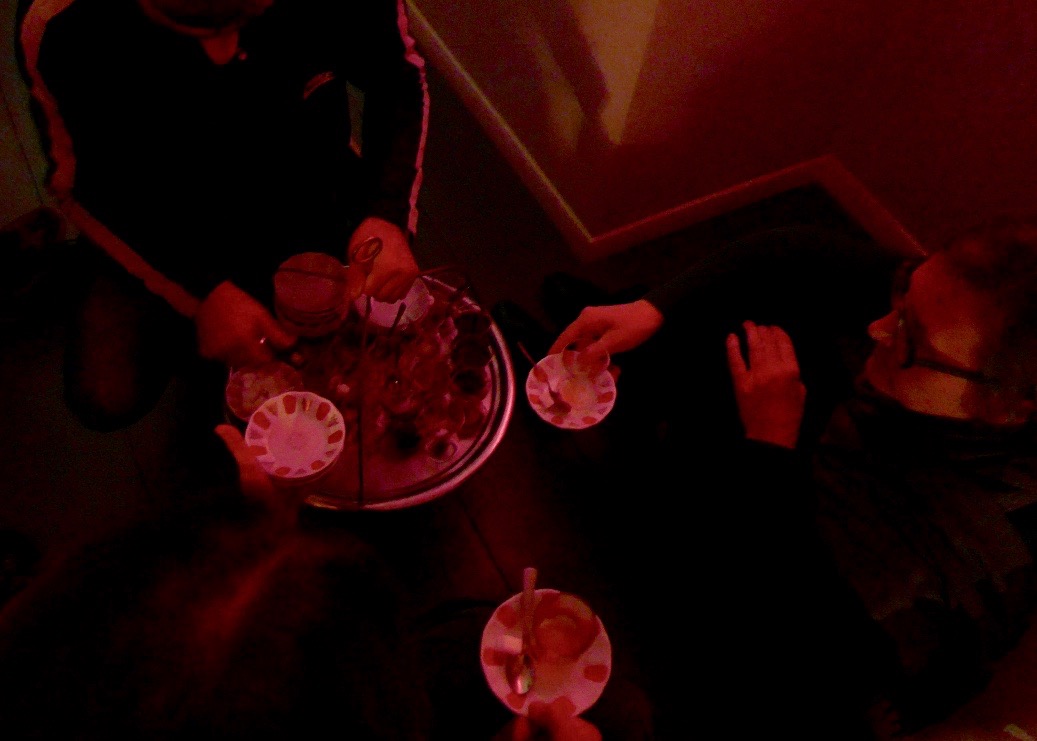 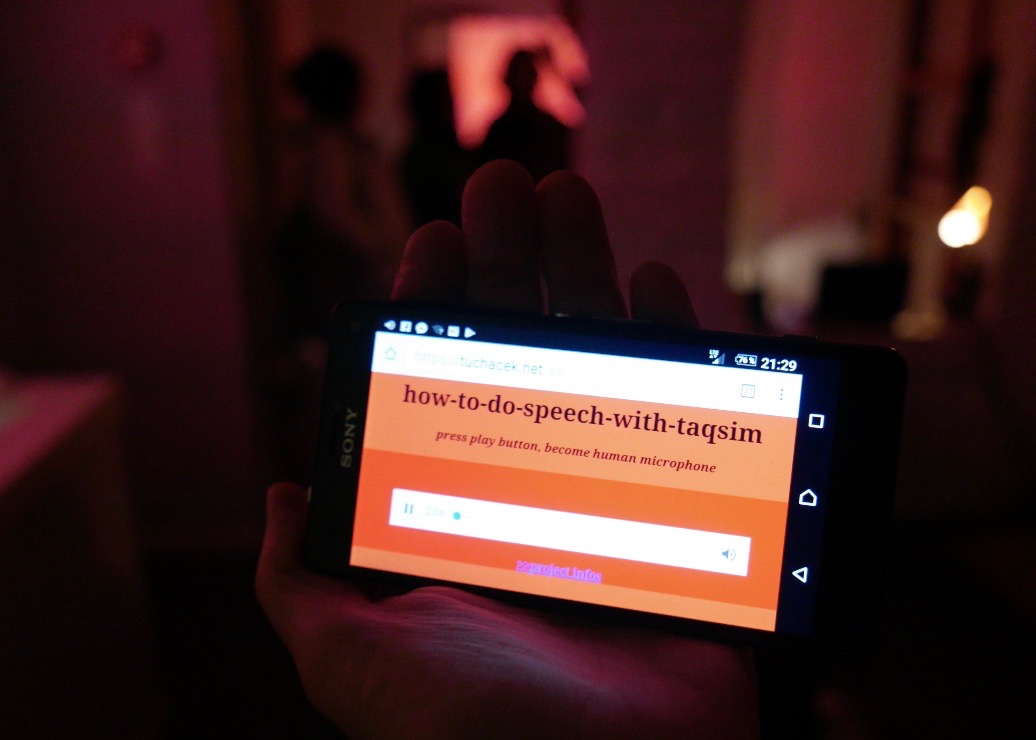