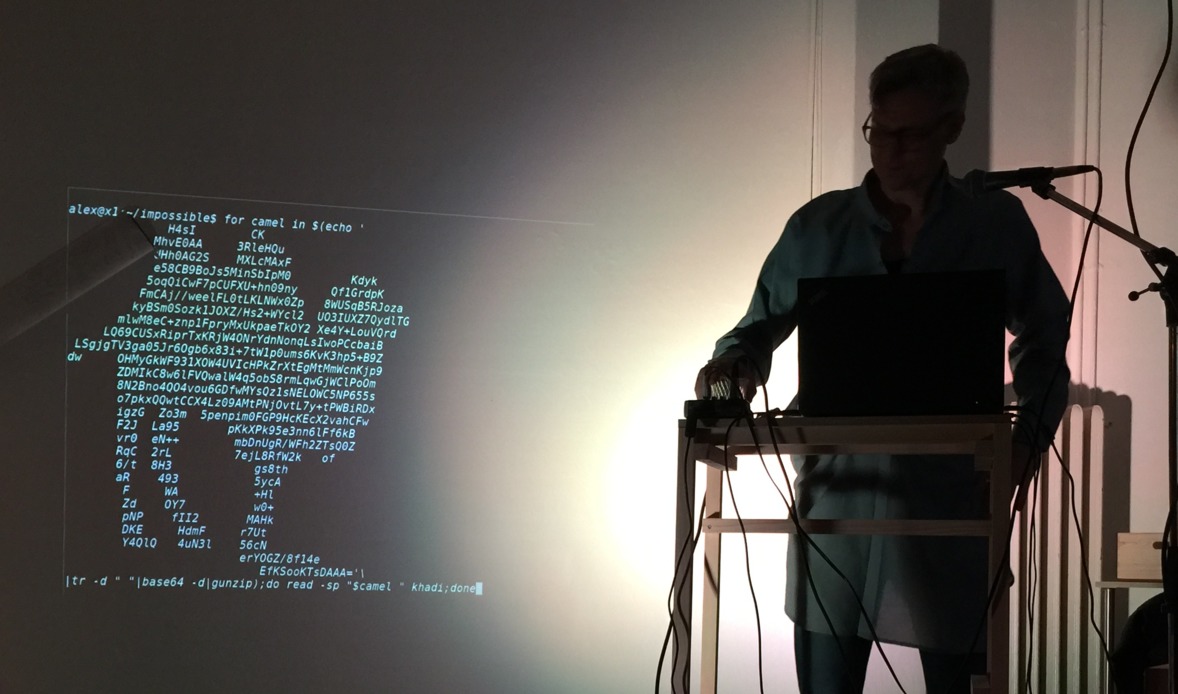 “{reclaim the twelfth camel} < code of practice” focuses on a camel as a figure of thought that transforms and morphs several times during a performance. Different ways of speaking and acting frame the starting point: the code representation of a camel, which is at the same time text, image, program and narrative. This image is presented as a program to be executed and also staged. It tells the story of a distribution conflict, which is apparently well solved for all involved. In this seemingly good solution, however, the relationship between text and performance gets out of joint. A third figure, the self-performing shell program, which decodes itself from the camel image, demands its voice. 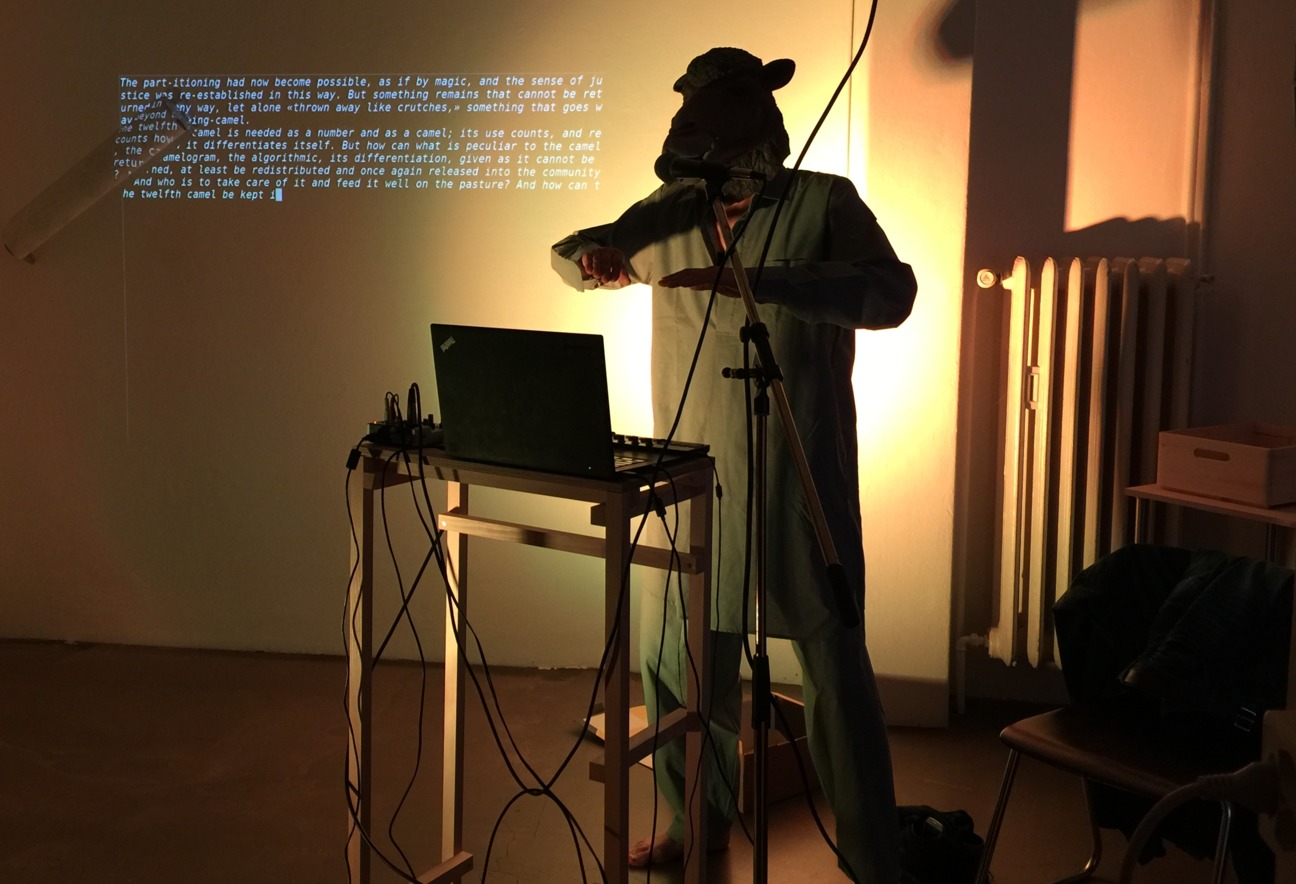 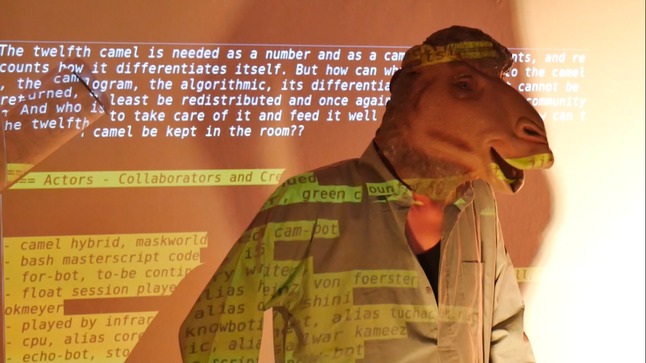 In the course of the performance, the relationship between writing and being written is reversed. Meanwhile, the performer transforms into a hybrid figure, dressed in a salwar kameez and a camel mask. At the end, the transformed figure dances with slowed movements, controlling the playing of sounds in new ways.

“{reclaim the twelfth camel} < code of practice” deals with questions of language and agency that seem to be more and more lost to us in the digital-machine-algorithmic reality. It is about the new role of complex speaking situations, which challenge current trivializations and simplifications anew. The figure of the twelfth camel stands for these diverse hybrid forms of language and the collaboration of human, bot and script. 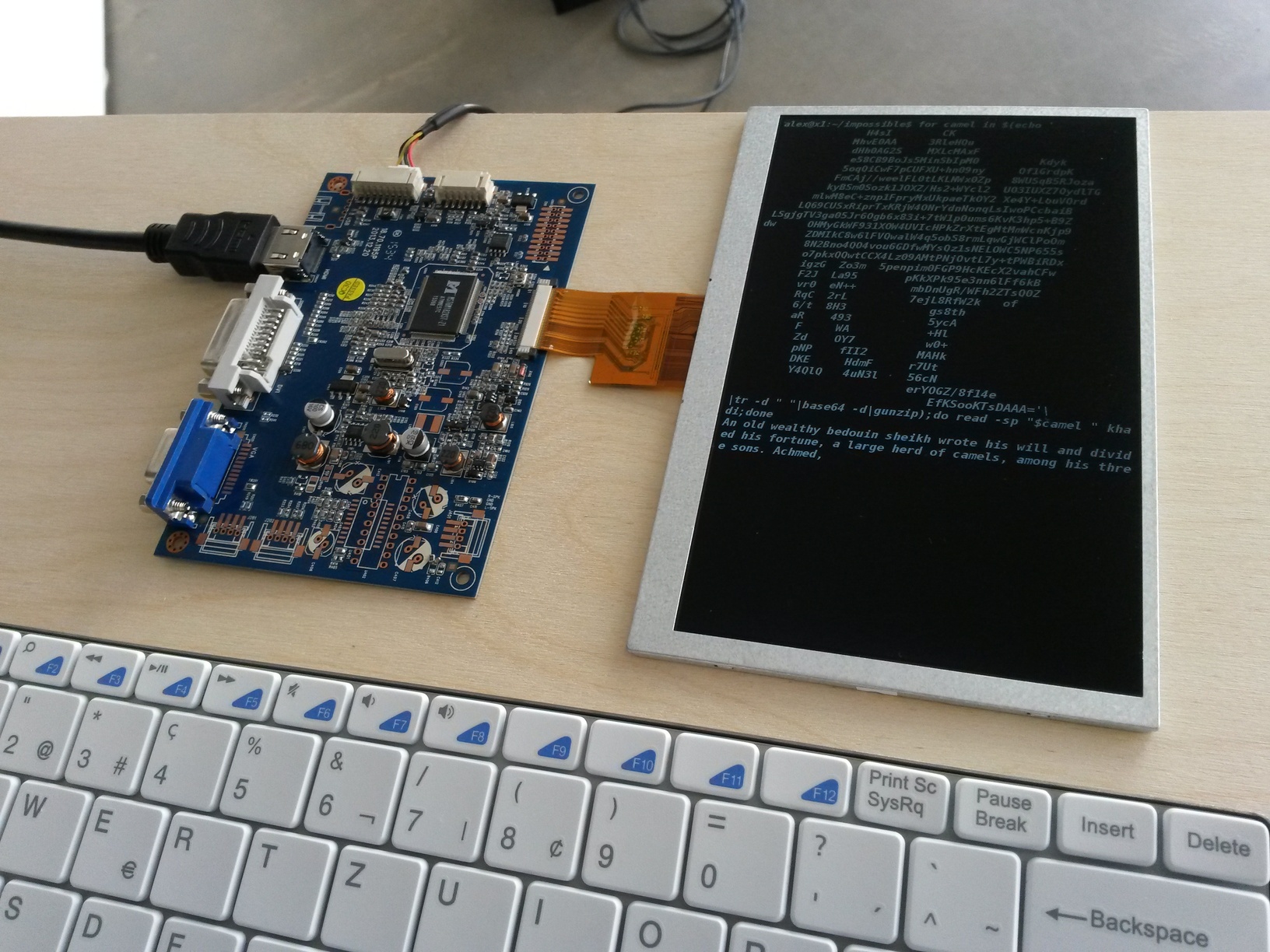