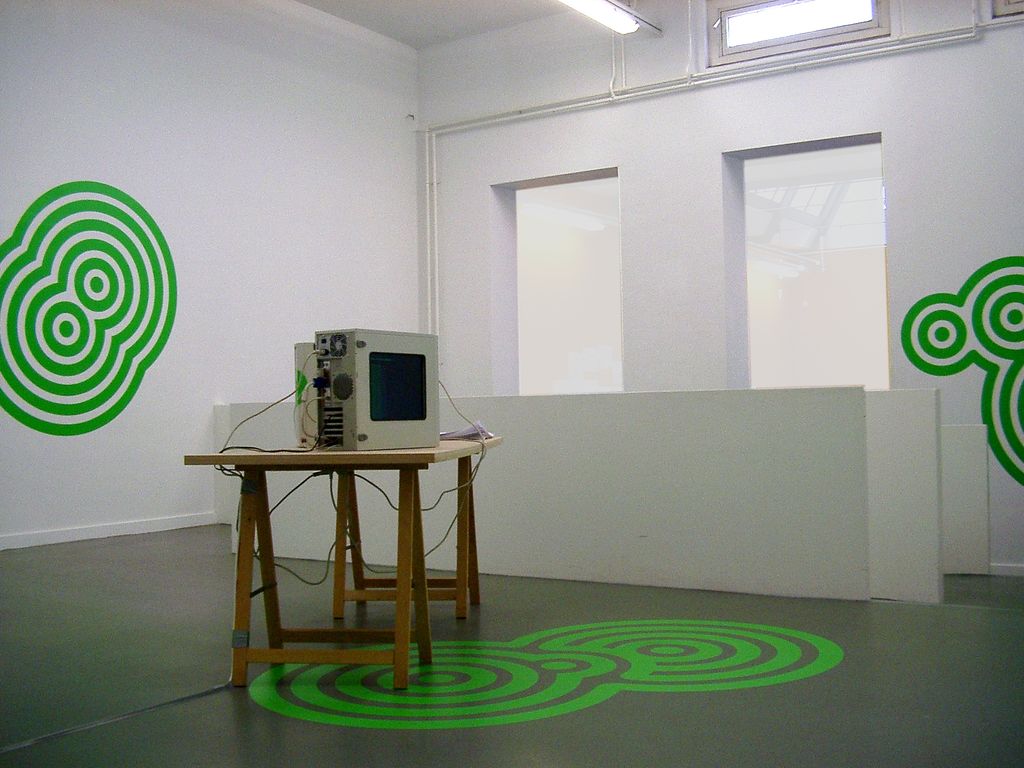 the project forms part of a series of works that engage with the experience of total inclusion, and with hypothetical scenarios for becoming able to act in a situation where independent action is systematically denied. Naked Bandit / here,not here / white sovereign is based on a technical scenario, represented through a software process, in which one ‚parent‘ process controls another, the ‚child‘ process. In analogy to Giorgio Agamben‘s analysis of the homo sacer, the ‚nude bandit‘ is a figure caught up in a dependent relationship in which it has to report its continued presence (‚here‘), yet, is prevented from acting or leaving (‚not here‘). By offering an interface for a basic intervention into this scenario, the exhibition visitors are confronted with their implication into situations where the modern state systematically prevents people in the margins of society, from engaging their human and citizen rights.

two scenarios were transfer into script code, executable in a Unix shell on a personal computer, the legalistic codes (or, more aptly, codes which produce an exemption from legality) of the white sovereign’s inclusive exclusion of the naked bandit. The shell scripts appropriate the mechanism of the inclusive exclusion in order to in order to transgress experimentally its paradoxical logic.