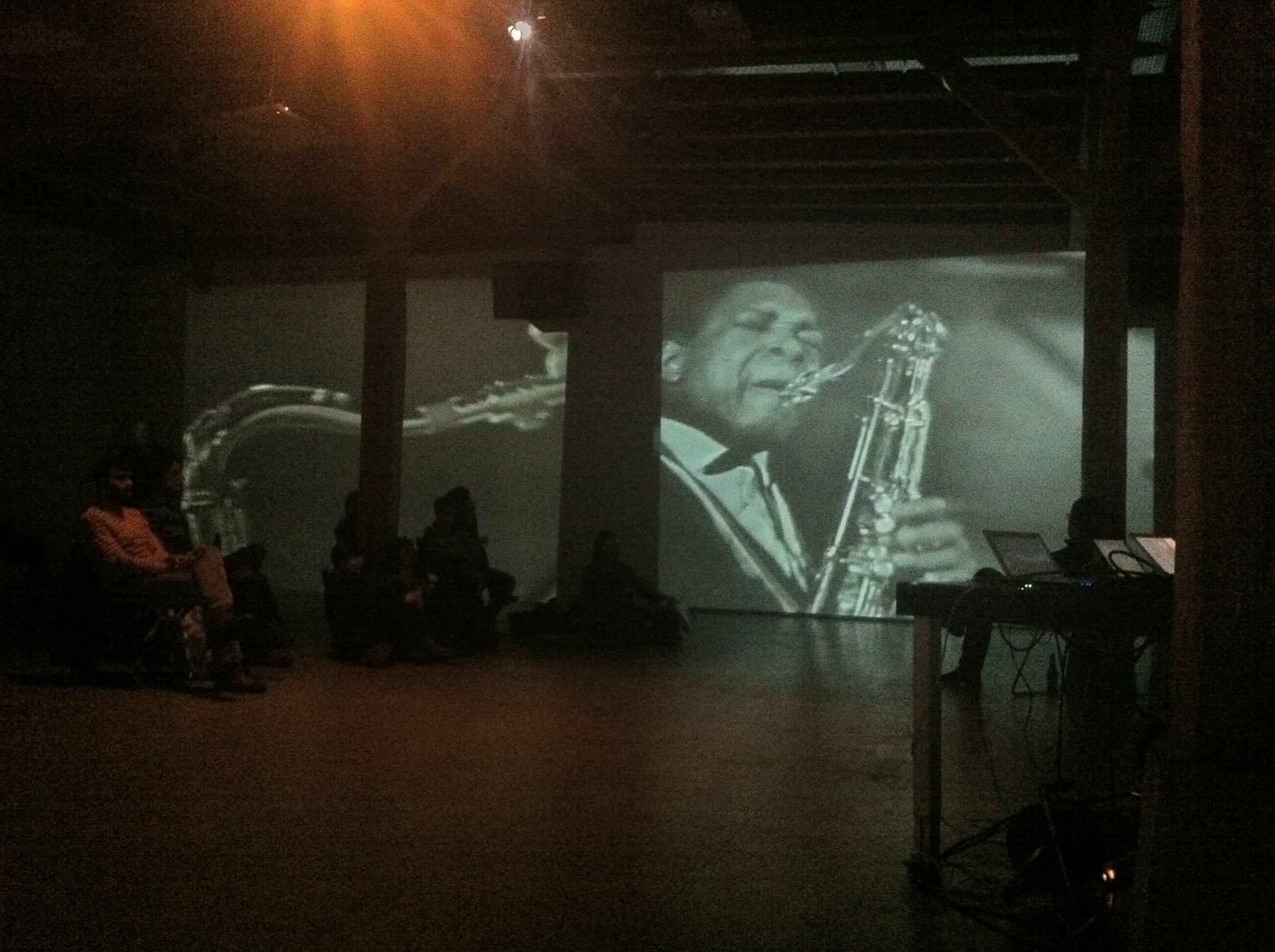 the performance deals with a piece from a john coltrane concert, played in 1965 in france at the jazz festival antibes. this is the only video document that is available from this period, it was recorded by the france television. the piece is called acknowledgement and was firstly published on the famous record “a love supreme”, where coltrane left behind the musical experinces with bebob and hard bob and was looking
for a new way of dealing with order, forms and rules of time and improvisation. it markes this short time before the following periode of freejazz. with this record, he experemented with indian and arabic music. this influences where leading to modal, spacious and spiritual sounds of improvisations,

in the performance, i will use a fragment of this live video recording that i found on youtube, i will live restage this concert-recording, by using a software written by me, to rearrange, reduce, decelerate and reorder time and structure in realtime, the performnce will last about 30 minutes,